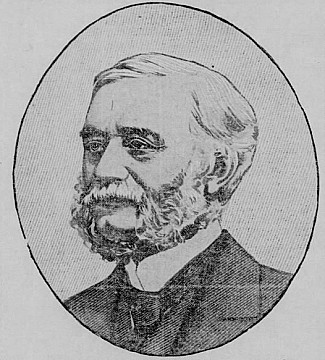 He was born at Millhill farm, Old Deer, Aberdeenshire, the son of James and Catherine (Anderson) Smith. He was educated at Marischal College in Aberdeen with a view towards a medical career. He dropped out to try farming at Turriff before turning to America - more specifically Chicago - where he made his fortune investing in land, banks and railroads in Illinois and Wisconsin. His business partner back in Scotland was his cousin, (later Sir) Alexander Anderson, who became one of Aberdeen's most dynamic Lord Provosts. Among his cousins that he brought out to America and who subsequently made their fortunes were Alexander Mitchell and John Johnston. The bank of George Smith & Co., of Chicago, operated from 1840 until his retirement in 1856.

Returning home, Smith lived briefly at Westhall (the village, not the castle) in Oyne, then at The College in Elgin before settling in London, taking two rooms at the Reform Club on Pall Mall. It was to the great astonishment of all who knew him when it was discovered that "Chicago Smith," as they called him, "could have counted guineas against a Vanderbilt or a Rothschild". He had been a permanent fixture at the club for 30-years, but had a reputation for being unassuming to the point that when another member made a complaint about him in 1894 for washing his false teeth in a glass whilst dining, they got his first name wrong! He died worth $52 million. Being unmarried, the bulk of his fortune was divided between his cousin's son, James "Silent" Smith who bought the Whitney Mansion, and James's brother-in-law, Sir George A. Cooper. Each received $22 million.

Empire of Deception: The Incredible Story of a Master Swindler Who Seduced a City and Captivated the Nation By Dean Jobb

The Secret Life of Mrs. London: A Novel By Rebecca Rosenberg