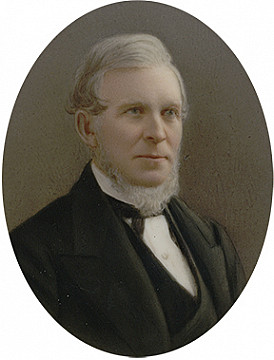 He was born at White Creek, Washington County, and was educated at the Friends Boarding School at Nine Partners from the age of five. He went to New York City in 1822 and was in the dry goods business until 1853, living six years in Georgia. He was President of the New England Car Spring Co. from 1853 to 1868. In 1864, he purchased Lyndhurst and moved there permanently from 1867. He died at Lyndhurst of Brights disease and is buried at Sleepy Hollow Cemetery, Tarrytown.