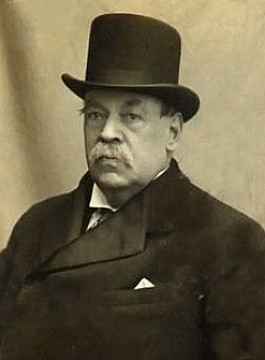 He was born at the Lorillard Mansion at Bronx Park in Westchester County, New York. He didn't enter the family's principal tobacco business but became President of the Lorillard Refrigerating Company and President of the Lorillard Brick Company. He also managed a considerable real estate portfolio on land inherited from his father and grandfather. Aside from his business interests, he enjoyed an independent income of $50,000 a year through a trust of $1.5-million left to him by his father plus a further $600,000 derived from two further inheritances, and he was rumored to have received another fortune from his aunt, Catherine (Lorillard) Spencer.

In his youth, he was a well-known yachtsman and was remembered for arriving at work each day in Manhattan on his steam yacht. He and his brother, Pierre Lorillard IV, were the co-founders of the exclusive Tuxedo Park, New York, where he lived for many years while keeping a summer home at Lorillard Point near Throg's Neck in Westchester County. He was a member of the Union and New York Yacht Clubs, and abroad he was, "one of the most popular and prominent members of the American colonies of both London and Paris". His first wife (Frances Augusta Uhlhorn, the mother of his three children) died at Lorillard Point in 1896 and she disinherited their son, Jacob Jr., on account of his marriage while leaving over a million dollars to his two siblings.

In 1897, Jake married his second wife (cousin of his first wife), the divorced Mrs Gertrude (Uhlhorn) Huyshe. He got into financial trouble the following year for not settling a loan of $55,000 and his brothers (Pierre and Louis) took him to court, demanding that his income was cut to $15,000 a year until the loan was repaid. In 1901, Jake and Gertrude left "All Breeze" the Swiss chalet in Westchester where Jake had lived since the 1880s and settled in London where he died fifteen years later at his home, 4 Upper Brook Street, Mayfair. Excluding his townhouse in London, he left an estate valued at $900,000.