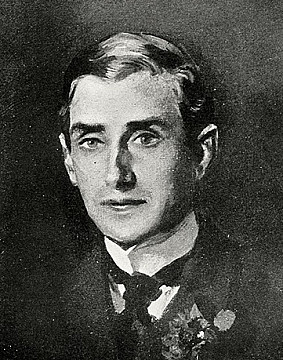 He was born in New York City and in the same year that he graduated from Harvard (1893) he married Marie Tudor, grand-daughter of Frederic Tudor, Ice King of Boston. He was editor of The New England Magazine and published "The Private Stable - Its Establishment, Management & Appointments". He managed his father's business interests from 1133 Broadway in New York and was a member of dozens of clubs - notably riding, driving and yachting clubs - between Boston and New York. He was a patron of the Met Museum of Art and lived between a Back Bay house in Boston; 37 Madison Avenue in New York; and, his country estate in Hamilton, Essex Co., Mass.

His marriage was the source of many headlines: Marie filed for divorce in 1903 when they both accused the other of "over-friendliness with acquaintances". A settlement was agreed out of court with Marie receiving an alimony of $15,000 a year and custody of their four sons. By 1904, Garland conspired with Marie's sister (Mrs Higginson) to win her back. He sailed his yacht to Hyannis port and invited the ladies to dinner on board and within a few days the pair were reconciled. They were married again and a daughter (Hope) now joined their four sons. On contracting pneumonia, his wife was his constant nurse before he died. He left her his $10 million which gave her an annual income of roughly $350,000.