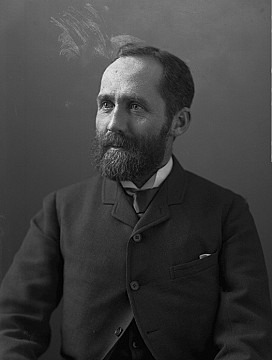 Born at Cromarty in Scotland. He was educated at the Inverness Royal Academy and came to the United States as a civil engineer working on the New York Central Railroad. His career led him to Canada where he established his fortune predominantly through railway construction, notably for the Canadian Pacific Railway of which he was the major shareholder. He went on to advise Lord Strathcona on railway projects in Argentina and Chile. He oversaw the electrification of street railways in Montreal, Toronto, Winnipeg, Saint John, Birmingham (England), Mexico City and São Paulo. He was President of the Dominion Bridge Company, the Dominion Iron & Coal Company, the Mexican Power Company; and, a director of the Bank of Montreal etc. He was Honorary Lieutenant-Colonel of the 17th Duke of York's Royal Canadian Hussars and Governor of McGill University and the Royal Victoria Hospital at Montreal. He was an avid collector of the Old Masters and a generous benefactor to and President of the Montreal Museum of Fine Arts. He owned several yachts including two named Glencairn (so called for his father's trading vessel and purchased from Joseph Pulitzer) and became the first Canadian to be made a member of the Royal Yacht Squadron. He funded the construction of the Ross Memorial Wing at the Royal Victoria Hospital; the Ross Memorial Hospital; the Nurse's Home at Lindsay, Ontario; and the Protestant Hospital for the Insane at Verdun.

Image Courtesy of the Notman Archives at the McCord Museum, Montreal