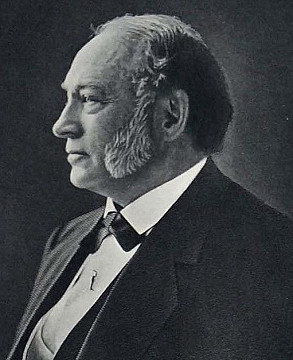 He was born at Deerfield, Massachusetts, and was a great-grandson of General Josiah Whitney. In 1838, he took over the management of his father's cotton manufacturing business and moved it to Conway, Massachusetts, where it became very successful. There, he established the Conway Bank and the Conway Mutual Fire Insurance Company, of which he was the first President. He was appointed Brigadier-General of the Second Brigade of the Massachusetts Militia when he was just 32-years old in 1843; a Member of Legislature in 1851 and 1854; Sheriff of Franklin County in 1851; Superintendent of the National Armory at Springfield in 1854; Collector of the Port of Boston in 1860; co-founder of President of the Metropolitan Steamship Company in 1866; Member of the Massachusetts Senate in 1872; and, President of the Democratic State Convention of 1876. He invested in and developed much of the Back Bay and Fenway neighborhoods of Boston. In 1836, he married Laurinda, daughter of William Collins of Somers, Connecticut. They lived at the Whitney House in Brookline and at Conway, Massachusetts. They had seven children, six of whom (listed above) survived infancy.