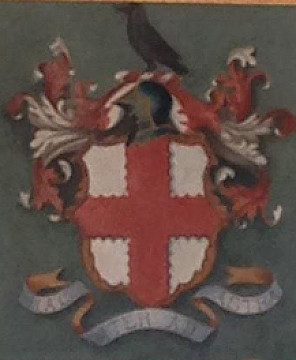 His parents came to South Carolina via Barbados and he was most likely educated in England. Being the youngest son, his beginnings were modest. He was a warden for Saint Andrew's Parish Church and at the age of 25 his mother assisted him in purchasing 350-acres on which he would build Drayton Hall, eventually expanding the estate to 600-acres. He went on to own upwards of 76,000-acres in South Carolina, Georgia, Kentucky & Texas. In 1756, he was appointed Assistant Judge for the Justices in the Commission for the Peace before taking a seat on His Majesty's Privy Council (1761-1775). As a planter, he raised cattle and pigs for exportation to the Caribbean sugar islands; and, grew rice and indigo for the European markets. He developed a passion for horses and racing, co-founding the South Carolina Jockey Club. He was married four times and fathered nine children of whom six (shown above) survived to adulthood.