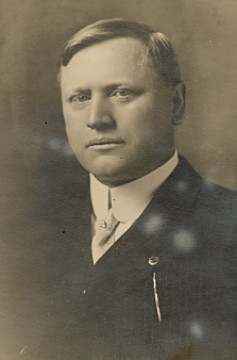 He was born in Niles, Michigan, and said, "we were the poorest little urchins ever born". His father owned a small iron foundry and machine shop and whereas his brother Horace was, "a gifted mechanic and an inveterate tinkerer", John was a natural businessman and not only did they make a great team, but the two were also inseparable. Having started their partnership making bicycles, by 1903 they were building motor engines for Henry Ford and John became Vice-President of Ford before the brothers decided to make entire cars on their own account in 1913. They sold their shares in Ford for $25 million and created the Dodge Motor Company. By the time peace was declared in Europe they were rolling out 145,000 cars a year and were the third bestselling car manufacturers in the country behind only Ford and General Motors. But, in 1920, within months of one another, both brothers fell victim to the Flu Pandemic. In 1926, shortly before a merger with the Chrysler Group, their widows sold their shares in the Dodge Company for $146 million and overnight became the richest women in the world.

The Dodge Brothers: The Men, the Motor Cars, and the Legacy By Charles K. Hyde

The Dodge Story By Thomas A. McPherson