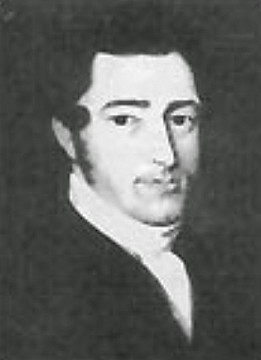 He was born into an old and prominent Brahmin family at Boston, Massachusetts. He was orphaned at an early age and brought up by his mother's brother, Thomas Handasyd Perkins (1764-1854), a hugely wealthy slave trader and smuggler of Turkish opium into China. At the age of 16, Cushing went to Canton in China to work for his uncle's counting house and by 1806 he had established Perkins & Co. as a legitimate concern at Canton and he was soon admitted to partnership. He imported rice during the Chinese famine and loaned money to other merchants during the War of 1812. When the once flourishing fur trade dried up, he turned to trading opium as an even more profitable substitute. Having established a working relationship with China's most prominent businessman, Howqua, from the 1820s Cushing was recognized as the most influential foreigner in Canton. In 1827, still unmarried and without a successor, he dissolved Perkins & Co. and consolidated the business with Russell & Co.

Having made his home in China for 27-years, Cushing returned to Boston with a retinue of eastern staff, eastern manners, and a vast fortune. Needless to say, as one commentator observed, Boston's fairer sex beset upon the city's newest and most eligible bachelor, "like bumblebees about a lump of sugar"! He chose to marry Mary Louisa Gardiner, the only daughter of the Rector of Trinity Church, the Rev. John Gardiner. They were the parents of four sons and a daughter: Isa, Mrs Edward Darley Boit. They lived at their townhouse on Sumner Street in Boston and at "Bellmont," their country estate at Watertown.