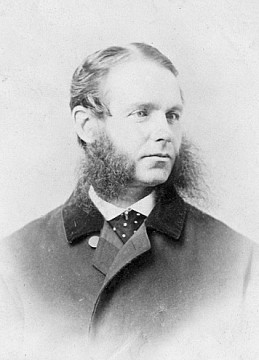 He was born in England at Liverpool and articled there before opening offices in Montreal in 1852. He partnered with James Nelson (1830-1919) and they were joined by Frederick Lawford (1821-1866) from 1856. From 1860 he worked by himself before forming a partnership with Daniel B. Wily. In 1893, he established Hopkins & Hopkins, working with his son, Edward Collis Hopkins. In 1890, he was elected the first President of the Province of Quebec Association of Architects. Some of his more prominent commissions included the Crystal Palace at Montreal; the Montreal Museum of Fine Arts and Sir Hugh Allan's Ravenscrag. He married and had eight children.

Image Courtesy of the Notman Archives at the McCord Museum, Montreal; Biographical Dictionary of Architects in Canada