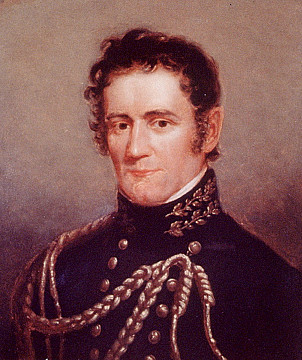 He was born at Boston and educated at the Boston Latin School, Harvard University (1807) and Harvard Medical School (1811). The following year, he was appointed Surgeon to the 9th U.S. Infantry Regiment and received recognition for the hospitals under his charge in the War of 1812-14. In 1818, he was appointed Surgeon-General of the U.S. Army, a position which he filled with marked success until his premature death in 1836. He was a member of Columbian Institute for the Promotion of Arts & Sciences. His medical library was the first donation towards what became the Library of the Surgeon General's Office, later called the Army Medical Library which is known today as the National Library of Medicine. He married Margaret Eliza Mansfield and they built what is known today as Blair House. They were the parents of eleven children, four of whom survived to adulthood: three sons (including General Mansfield Lovell) who all fought for the Confederacy and a daughter, Mrs Herman Livingston.