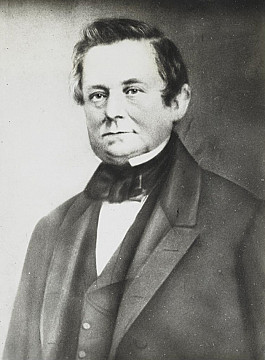 He was born at Stratford, Connecticut, where his name is sometimes spelt "Curtiss". He came to New York City in 1807 where established the firm of L&B Curtis with his brother, Benjamin, becoming, "a large and wealthy importer of silk". He was President of the Farmer's Loan & Trust Company; a founding Director of the Union Bank and the Atlantic Mutual Insurance Company of New York; and, a Member of the Board of Foreign Missions of the Protestant Episcopal Church. He was married twice: (1) In 1824, to Mary Elizabeth, daughter of Joseph Davis Beers, of New York City (2) In 1840, to Elizabeth Overing of New York City. He had six children by his first marriage, two of whom died in childhood. He was survived by four children (listed above).