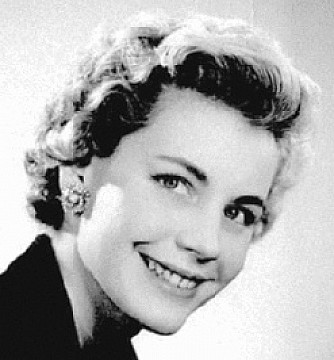 Named "Sunny" for her cheerful disposition, she was an only child, born on her father's private railway carriage en route from Hot Springs, Virginia, to New York. Her self-made father founded the Columbia Gas & Electric Company and when he died he left a fortune in excess of $75 million. Sunny was just three when he died and she grew up with her mother (who was forty years younger than her husband) and her adored nanny, "Nana" between an apartment at 990 Fifth Avenue, New York, and Tamerlane at Greenwich, Connecticut. On graduating from the Chapin School in Manhattan, Sunny travelled to Europe. In 1956, her mother took her to Schloss Mittersill in the Austrian Alps where she fell in love with her first husband, the German Prince Alfred von Auersperg. They were married at Tamerlane in July 1957. Sunny had wanted her nanny to accompany them on honeymoon, but the Prince unsurprisingly told her if she came, he would not! They had a son and a daughter together before divorcing in 1965.

In 1966, Sunny married her second husband, Claus, who'd taken his mother's name "Bülow" and added the "von" himself for aristocratic affect. Sunny was first diagnosed as hypoglycemic when she slipped into her first coma in 1979. A year later, when her marriage was widely known to be on rocks, she fell into a fatal coma at her home in Newport, Clarendon Court. Famously, her husband was charged with her attempted murder, but was acquitted. In 1987, he agreed to divorce her and relinquish all rights to her estate. He also agreed to leave the country and never profit from the story. This led to her children by her first marriage dropping a $56 million suit law suit against him.

Sunny’s mother, who was then worth $90 million, had originally intended for her three grandchildren to share her estate equally, but because Cosima had sided with her father in the trial, she had been written out of the will. But, as part of the deal settled between her half-siblings and father, she was reinstated by her grandmother and received $30 million. Sunny remained on life support in a vegetive state until her eventual demise in 2008.