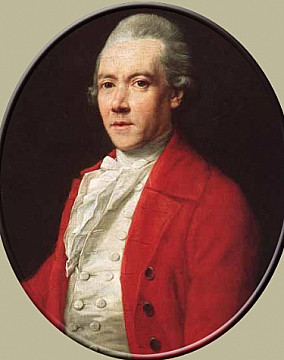 He was born in Albany, New York, and grew up between there and his father's country home "Linlithgo" on the Manor of Livingston. After graduating from Yale, he returned home to learn the family businesses under his father's eye. He established himself in New York City where he expanded the family's interests trading with the British West Indies and added significantly to his fortune provisioning and privateering and further investments in real estate and the slave trade. He was one of the first Governors of the New York Hospital and helped establish Kings College (Columbia University) and the New York Public Library. He also co-founded the New York Chamber of Commerce and the St. Andrew's Society, serving as its President. He lived between his mansion on Duke Street, Manhattan, and his 40-acre country estate on Brooklyn Heights.

He was a member of the New York State Assembly and elected to the State Senate. In 1775, he was named President of the New York Provincial Congress and was selected as one of the delegates to the Continental Congress. When the British occupied New York City, he fled with his family to Kingston. After the Battle of Long Island, Washington and his officers met at Philip's country estate on Brooklyn Heights and decided to evacuate the island. The British subsequently used Philip's townhouse as a barracks and his Brooklyn Heights estate as a Royal Naval Hospital. After the adoption of the new New York State Constitution, he was appointed to the New York State Senate (1777) while continuing to sit on the Continental Congress. In 1740, he married Christina, sister of Abraham Ten Broeck, Mayor of Albany, and had nine children (five sons and four daughters).