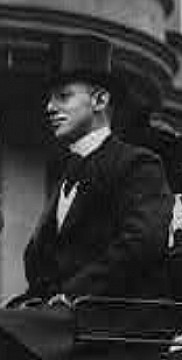 He was born in New York City and named for his maternal grandfather, Robert J. Livingston. In 1910, following his father's retirement, he took over as the head of the family real estate firm known as Gerry Offices and later renamed the Gerry Estates. He was a director of several New York banks and of two railroad companies. In Manhattan, he lived at the Rives-Gerry House and he built a 65-room summer home, Aknusti, on land that had been passed down through the Livingston family since 1708. He bred thoroughbreds and polo ponies, and developed a private game preserve that was devoted to research in game conservation. He married Cornelia, daughter and co-heiress of the railroad tycoon E.H. Harriman and a sister of  W. Averell Harriman, Governor of New York and Ambassador to the United Kingdom during the war years. They were the parents of four boys who played for the Aknusti polo team.