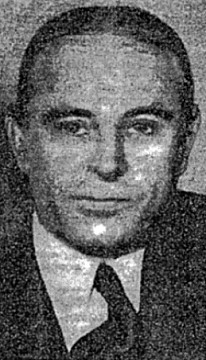 He was born in New York City. He was educated at Flushing, Queen's, and graduated from the Columbia University School of Architecture (1907). For the next two years, he worked as an architect with the Office of Public Works in Cuba. Returning to the States, he worked for six years under Grosvenor Atterbury in Long Island before becoming a partner in the firm of Goodwin, Bullard & Woolsey. In 1921, he opened his own office at 607 Fifth Avenue, New York. He received an honorable mention from the American Institute of Architects for an apartment house in Manhattan (1931), and a Gold Medal from “Better Homes in America” in the Small House Architectural Competition (1933). He also built the model home known as "America's Little House" surrounded by skyscrapers on the northeast corner of Park Avenue and 39th Street.

In 1912, he married Annie, daughter of Henry Cady Sturges, and they were the parents of four children. Mrs Bullard was a niece of the first wife of J.P. Morgan and through this connection Bullard built several houses for the extended Morgan family, perhaps most notably Salutation at Glen Cove. He gained a reputation for designing large homes and country clubs, most on Long Island. The clubs he designed included: the Maidstone Club at East Hampton; Plainfield Country Club, New Jersey; Oakland Golf Club, Bayside, Long Island; and, the Milwaukee Country Club. His private clients included the Morgan family; Sir Samuel Agar Salvage; Harold Hartshorne; Paul Pennoyer; and, Seth Low Pierrepont. He was a member of the executive committee of the New York Chapter of the American Institute of Architects and the Architectural League of New York. He was also a member of Lloyd Warren's Beaux Arts Institute of Design and New York Society of Architects.