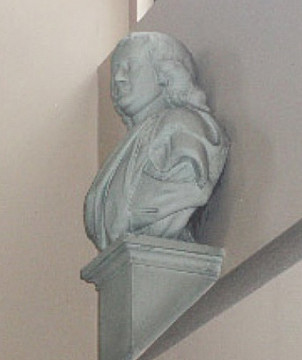 He was born at Stoneleigh, Warwickshire, where his grandfather (a native of Yorkshire) was the vicar. In 1627, with just £300 in his pocket, he became one of the earliest immigrants to Barbados and lived in a cave while clearing the land. By the late 1630s, after his tobacco crop failed, he travelled to Brazil where he learned the Dutch method for processing sugar cane. He returned to Barbados and by 1642 had perfected his own technique - a far more complex operation than processing cotton or tobacco. His brother, William, to took sugar processing to Jamaica, and his brother-in-law, Christopher Codrington, took it to Antigua. By the 1650s, sugar production had become the island's dominant economic activity and Drax was its leading merchant.

He profited spectacularly, built Drax Hall on what was the island's largest sugar plantation of circa 880-acres and lived “like a prince". But, he holds the distinct dishonour of being seemingly the first, or among the first, to convert from using European indentured labour - where the worker works off a debt and then goes free - to enslaved African labour - where the worker works for nothing, has no rights, and is never free.

He was a Parliamentarian and although a Colonel in the island's militia, when Civil War broke out in England he and his brother were exiled by a superior Royalist force. In England they petitioned to retake the island. They did so and successfully negotiated peace before returning to England where James was knighted in 1658 by Oliver Cromwell for his loyalty to parliament. Four years before that (1654) he bought the Ellerton Abbey estate in Yorkshire as well as property in London while continuing to profit from his vast estates across the West Indies that were said to be worth between £8,000 and £9,000 per annum.

After his eldest son (Sir James Drax of Hackney, knighted by King Charles II) died without issue in 1663, his principal heir became his second son, Henry. Buried at London, both Ellerton Abbey and Drax Hall remain the property of his descendant, Richard Drax.