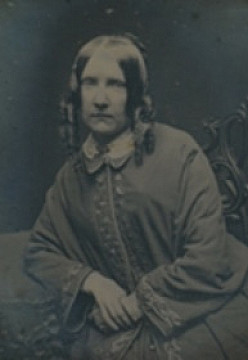 She acted as her father's secretary and often travelled with him. In turn, he encouraged her with her writing and artwork. The work for which she is best remembered is Rural Hours (1850), published anonymously "by a lady". In it she records life in rural New York with astonishing detail and it also features many of her watercolors of birds, flora and fauna. It even caught the eye of the great Charles Darwin who wrote to Asa Gray: "Talking of books, I am in middle of one which pleases me… 'Miss Cooper’s Journal of a Naturalist'. Who is she? She seems a very clever woman & gives a capital account of the battle between our & your weeds". Rural Hours has been called the, "first major work of environmental literary nonfiction by an American woman writer, both a source and a rival of Thoreau's Walden." Susan lived for a period in Switzerland before returning to Cooperstown (named for her grandfather) where she lived with her other unmarried sister at Byberry Cottage. She is also remembered for establishing an orphanage at Cooperstown which under her direction became a prosperous charity.

She was unmarried and died at Byberry when it was said: "(Susan) set forth in her wheel chair a few moments after she died, crossed River Street, wheeled into Christ Church and down the aisle during Good Friday Service, right through the altar, and disappeared"!