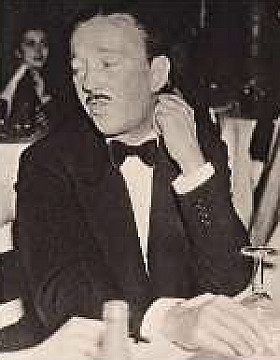 He was born in New York City and graduated from Harvard (1911). He was the brother of the Princess de Braganza and when their mother died in 1925 they each inherited slightly over $13 million. From his father, he inherited vast real estate holdings in New York and as such he was Director of the Rhinelander Real Estate Co. However, his "office job" for 25-years was with John C. Paige & Co., Insurance Brokers, of which he was Vice-President and a Director. He was a Director of Metropolitan Playhouse Inc., and of the Skoularis Theaters; Governor of the Central Park Casino; and, Vice-President of the Hotel Pierre at 2 East 61st Street, where he lived.

He is best remembered as "the best-dressed man in New York City," "the most attractive man in New York" and "the Beau Brummell ideal of the 20th Century". Described as, "one of the most conspicuous men in American society... Tales of his charm and good looks were whispered by impressionable maidens and proclaimed by the more flamboyant publications... At various times Mr Stewart's name, before he was married, was linked to those of screen luminaries and society buds. He was a leading figure at dozens of notable society functions... But it was as an escort that Mr Stewart was said to excel. He, it was said, knew just what wines to order, flowers to present, bon mots to utter, and was the perfect companion at balls and receptions". He and Franklin D. Roosevelt and Vincent Astor often went on fishing trips together on Astor's yacht, Nourmahal. He was a member the Knickerbocker; The Brook; the Racquet & Tennis Club; &, the St. Nicholas Society.

In 1924, he married Laura Biddle of Philadelphia but they divorced four years later in 1928. In 1936, he married Janet Newbold, who that same year had divorced Allan A. Ryan Jr. He and Janet were the parents of one daughter, Nancy. To celebrate Nancy's birth, Stewart treated 1,000 children at the New York World's Fair to ice cream, cake and soft drinks.