Built in 1842, it is most famously associated with Sir Winston Churchill (1874-1965) and his wife, Clementine. They maintained it as their townhouse from 1945 up until Winston died here in 1965. One year after purchasing the house, he bought No. 27 next door for £7,000 to provide office space for his staff, and at that point stopped at just knocking down the dividing wall in the garden. Both houses were designed by the landscape artist Richard Redgrave (1804-1888), R.A., Surveyor of Crown Pictures. He lived at No. 27 whereas No. 28 was built for his great friend and fellow artist Charles West Cope (1811-1890) R.A., who painted several frescoes at the House of Lords. Both houses had, "studios located at the back... entered through a gallery (they) were double-height rooms that projected out into the garden". They took out 99-year leases and paid £14 a year in ground rent. Cope was unconvinced the area would ever amount to anything, it being, “the haunt of one or two donkeys which fed on the thin grass and thistles.”....
zoom_in 9 images 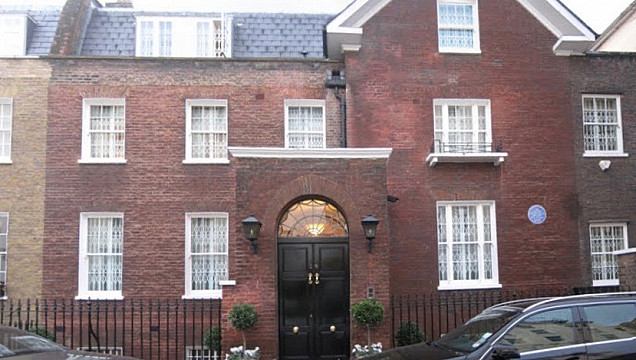 The Churchills divided their time between here and their country home in Kent, Chartwell, except for when he served his second term as Prime Minister between 1951 and 1955. During that time, they leased the house first to the Cuban ambassador, Robert Mendoza, and then in 1954 to the future 8th Earl of Mansfield, then studying law.

On returning to their home in 1955, the Churchills removed the structural walls between No.'s 27 and 28 and made the two houses into one, as it remains today. Both houses as designed by Redgrave were originally two stories over a basement. It has more recently had both the basement and roof space converted into further living space and it now covers 5,763 square feet of accommodation. Today, there are four reception rooms, seven bedrooms, five bathrooms, a wine cellar, and it retains its magnificent 55-foot garden.

Undoubtedly a comfortable house to live in, its exterior has nonetheless spent most of its life being honestly appraised as "undistinguished," or "understated". Even after Churchill died here in 1965 and it went up for auction - fetching £102,500 - Hyde Park Gate was still described as, "a dead-end street with twenty, mostly unimportant or ugly, houses". Fast-forward to 2016 and it was placed on the market for £22.9 million. The selling agents called it - and how its red bricks must now have rouged - "a very special house".