Dating back to the 16th century when King Henry VIII was rumored to have stayed here while courting Anne Boleyn at nearby Hever Castle, it was rebuilt in 1923-24 by its most famous residents, Sir Winston Churchill (1874-1965) and his wife Lady Clementine (1885-1977), who lived here for forty years. Churchill bought it from the Campbell-Colquhoun family for £5,000 owing to its poor state of repair. He then employed architect Philip Tilden to bring into the 20th century, spending a further £18,000 in the process. Set amid beautiful gardens with lakes and sited at 650-feet above sea level, the house commands a magnificent view over the Weald of Kent. Churchill said, "I bought Chartwell for that view". Despite defeating Hitler, Churchill lost the General Election of 1945 and became concerned about the expense of maintaining the estate....
zoom_in 8 images 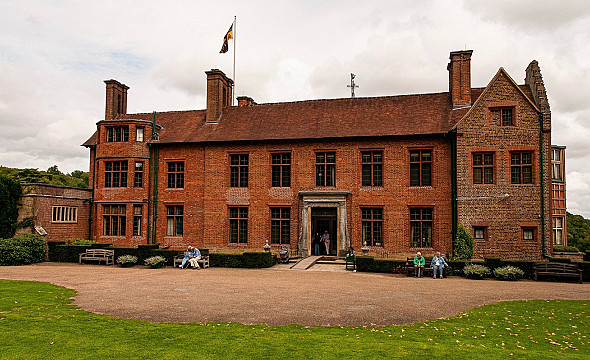 Lady Camrose and various friends came to his rescue, raising money which they donated to the National Trust that then allowed the Trust to purchase Chartwell for £43,800. Alleviated of their financial concerns, the Churchills were now able to remain at their beloved home in return of paying £350 a year in rent. After Winston died in 1965, Clementine relinquished all her rights to Chartwell and it was opened to the public the following year. It remains one of the National Trust's most popular destinations.

Churchill and Chartwell: The Untold Story of Churchill's Houses and Gardens By Stefan Buczacki

Painting as a Pastime By Winston S. Churchill

Clementine: The Life of Mrs. Winston Churchill By Sonia Purnell