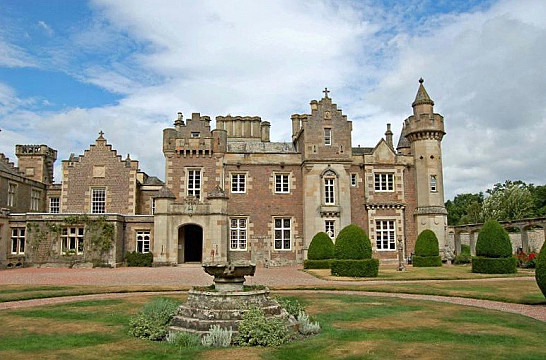 In order to fund Stark's ambitious project, he set out to produce a suitably lucrative literary work that would appeal to his all of his readers: "Rokeby" named for Rokeby Park - the home of his friend John Morritt with whom he had stayed in 1809 - sold 10,000 copies in the first three months but the completion of Abbotsford still relied heavily on his other successes. Scott's atmospheric castle was first opened to the public as early as 1833 but was still home to his descendants up until 2004. It remains open to the public and it influenced James Fenimore Cooper's Otsego Hall in New York.