Built circa 1780, either for the Swedish iron ore importer, Andrew Lindegren Sr. (d.1783) or the man who purchased the estate from his executors in 1787, Daniel Agace (1751-1828), a Frenchman who also held the nearby Manor of West Challow. Following Agace's death, he left the house to his cousin and ward, Ann Ferard (1776-1850), who in turn left it to the children of their mutual relation, Charles Cotton Ferard (1823-1886). It is assumed that the pleasure grounds were laid out by the Ferard family....
zoom_in 8 images 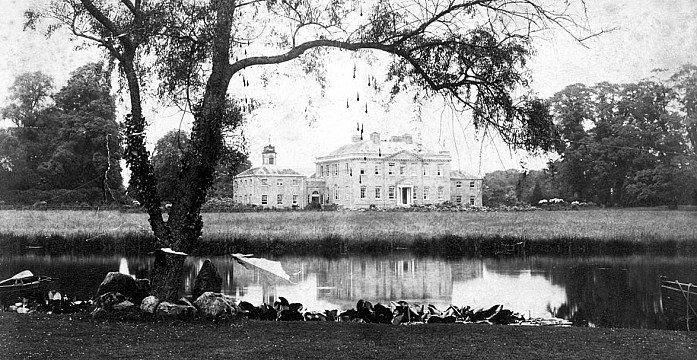 The Rt. Hon. William Lidderdale P.C., Governor of the Bank of England

Charles Ferard sold the estate to Wadsworth Dawson Busk (1804-1873), an English merchant whose family had long been active in the Russian Trade. After he died (he is buried at Winkfield), his widow, Mrs Busk, continued to make her home here and during her life she passed it to her daughter and son-in-law, William Lidderdale, Governor of the Bank of England. Mrs Busk was "an old friend" of the grandmother of Kenneth Grahame (author of "The Wind in the Willows") and being often up at Ascot Place it was here that Grahame met Lidderdale who would have an irrevocable influence on his life.

From 1960 to 1988, Jack Heinz (1908-1987), CEO and grandson of the founder of the H.J. Heinz Company, lived here with his second wife, Drue, while also keeping houses in Pittsburgh and Manhattan. After Heinz died, Mick Flick, Mercedes-Benz heir and grandson of Friedrich Flick (the richest man in Germany and a convicted Nazi war criminal), bought it for £15 million before selling it on for a quick £3 million profit the following year (1989) to Zayed bin Sultan al-Nahyan, then Ruler of Abu Dhabi and President of the U.A.E. It remains a private home with an estimated value of £60 million.

English Gardens: From the Archives of Country Life Magazine By Kathryn Bradley-Hole

The Wind in the Willows By Kenneth Grahame