Built in 1723 for the Swiss banker Louis Guiguer (1675-1747) who made his fortune in Paris. Overlooking Lake Geneva, he built the castle as seen today on the site of an older ruin that dated back to the 13th century. After the French philosopher, Voltaire, was exiled from France in 1754, Guiguer's nephew gave him use of the chateau. It remained in the Guiguer family until 1814 when it was sold to Joseph-Napoléon Bonaparte (1768-1844), the former King of Spain etc. He modelled the second version of Point Breeze - his home in Bordentown, New Jersey - on Prangins. Having been a school for several decades, in 1929 it was purchased by Mrs Josephine Dexter of Boston, for the use of her daughter, Katharine Dexter McCormick. Katharine was a pioneer of women's rights in the U.S. and almost single-handedly funded the research that resulted in "the pill"....
zoom_in 8 images 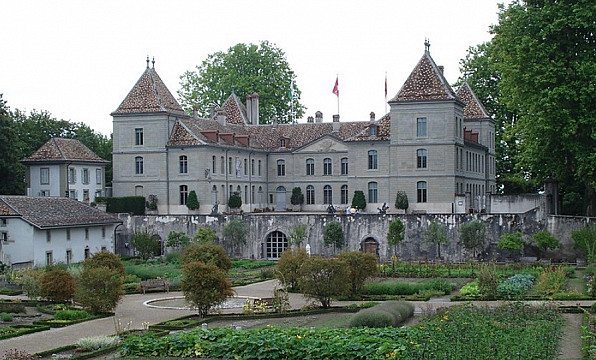 In 1962, at the suggestion of her friend Adlai Stevenson, Katharine gave Prangins to the U.S. government who initially intended it to be the official residence of their Ambassador to the United Nations. But, eight years later (1970), it was sold to Bernard Cornfeld, the administrator of the IOS (Investment Overseas Services). At roughly the same time the Swiss National Museum was looking to transfer part of its collection to a suitable location in the French-speaking cantons of Switzerland. Prangins was selected, but the Swiss government refused to pay the the sale price of 2.5 million Swiss Francs. In 1974, it was purchased by the combined local governments of Vaud and Geneva who gifted the property to the Swiss National Museum the following year (1975). Since 1998, it has been open to the public as a museum focusing on life in both the castle and the region.

The Seven Sisters By Lucinda Riley