Built from 1721, for John Ker (1680-1741) who was created the 1st Duke of Roxburghe for helping to bring about the union of England with Scotland in 1706. The architect was William Adam (1689-1748) and he built the manor house incorporating the old tower house that had previously been the seat of Ker's family, the Earls of Roxburghe. In 1837, it was embellished with turrets and battlements by William Playfair, for the 6th Duke of Roxburghe. In 1903, the 8th Duke was married at Ochre Court to the American heiress Mary Goelet (1878-1937). Her $28 million fortune ensured Floors' future and she also enhanced the castle by bringing over her art and antiques from America, including the Gobelin tapestries in the ballroom and the paintings by Matisse. The castle and its 60,500-acre estate is today home to the 10th Duke and open to the public. It was here in 1986 that Prince Andrew became engaged to Sarah Ferguson.
zoom_in 10 images 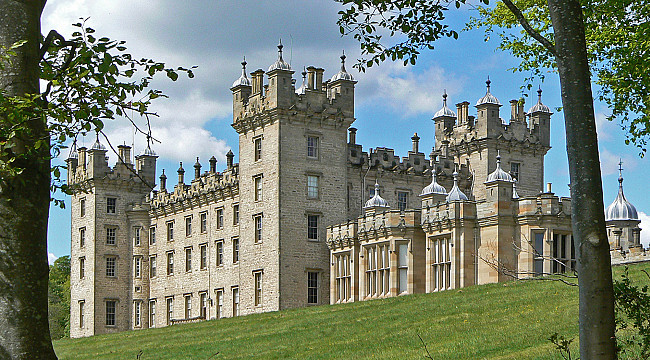