Built in 1895, for a white family, coincidentally in the same year in which Martin Luther King Jr.'s paternal grandparents were married. In 1909, the 13-room, two-story, frame house was purchased for $3,500 by MLK Jr.'s maternal grandfather, the Rev. Adam Daniel Williams (1863-1931), Pastor of the Ebenezer Baptist Church situated about a block to the west. In his parents' bedroom upstairs on January 15th, 1929, the most influential leader in the 20th Century struggle for U.S. Civil Rights was born here and named for his father: Dr Martin Luther King, Jr. (1929-1968). Two years later his mother, Alberta, inherited the house and the King family lived here until 1941 when they moved to 193 Boulevard (since demolished) and rented the property as an investment. Situated in the Sweet Auburn neighborhood, MLK's birth home together with his final home at 234 Sunset Avenue, church, and grave constitute the Martin Luther King Jr. National Historic Site which is open to the public for free....
zoom_in 2 images 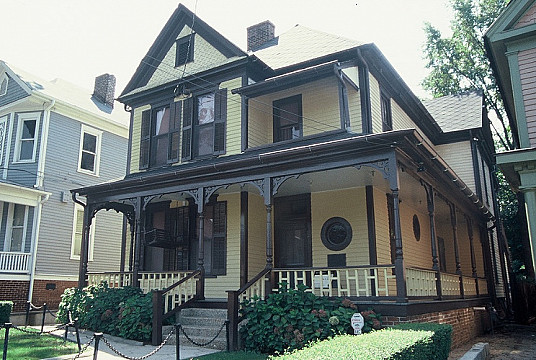 The home at 501 Auburn Avenue was a happy home and MLK fondly recalled the warmth of his mother and the integrity of his father, "a real father". They also shared the house with MLK's maternal grandmother who he and his two siblings affectionately referred to as "Mama" and after dinner she would often recite lively tales from the bible to them.

A "Quite Ordinary" but "Wholesome Community"

Martin Luther King Jr. described the community in which he was raised as, "quite ordinary in terms of social status. No one in our community had attained any great wealth... The community was characterized with a sort of unsophisticated simplicity. No one was in the extremely poor class. It is probably fair to class the people of this community as those of average income. It was a wholesome community, notwithstanding the fact that none of us were ever considered members of the 'upper-upper class'. Crime was at a minimum, and most of our neighbors were deeply religious".

Before school age, MLK became friends with a white boy who lived nearby. In 1935, when they were both sent to separate schools, the boys' parents put a stop to the two boys playing together, explaining to MLK, "we are white, and you are colored". When he told his parents of it, they sat him down at home and explained the history of slavery and separation in the south. At that moment, he was, "determined to hate every white person," but his parents instructed him that it was his Christian duty to love everyone. Nonetheless, his mother made it clear that she opposed the system and it must never let him feel inferior and the following year he witnessed his father lead hundreds of African-Americans in a Civil Rights march to City Hall over both discrimination and segregation.

King's beloved grandmother, Mama, died in 1941 and the family moved to a two-story brick house at 193 Boulevard (since demolished), still in Sweet Auburn and overlooking downtown Atlanta. They retained the house on Auburn Avenue as a rental property, dividing into two apartments. MLK's younger brother, Alfred, later rented the upstairs apartment from 1954 to 1963 while another of the pastor's from the Ebenezer Baptist Church rented the ground floor.

In 1971, MLK's mother, Alberta, deeded the home to the King Center and it has since been restored to its original appearance during the years in which he grew up here. In 2018, it was purchased for $1.9 million from the King Center by the National Park Foundation. It is run by the National Park Service and free tickets for guided groups of 15 at a time can be obtained from the Visitor Center at 450 Auburn Avenue which features interactive exhibits and memorabilia relating to MLK's life and mission. Entry is always free, but tickets are not required on every third Monday in January: Martin Luther King, Jr. Day. 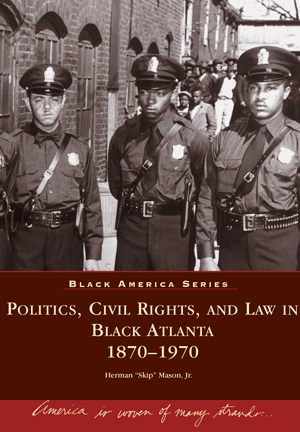