Built in 1950 in Atlanta's Vine City neighborhood, for the three years before he was assassinated this was the family home of the most influential figure in the U.S. Civil Rights Movement, Martin Luther King Jr., and his wife Coretta Scott. They moved from old Johnson Avenue into the 4-bedroom house in 1965 - the year after MLK won the Nobel Peace Prize - with their four children all then under the age of five. After MLK was murdered, Coretta continued to live here and raised their children. In 1968, she founded the King Center which she ran from the basement. She lived here until 2004 and in 2019 it was purchased from her estate by the National Park Foundation. It will shortly be opened to the public as part of the Martin Luther King Jr. National Historic Park which includes his childhood home at 501 Auburn Avenue and other buildings....
zoom_in 1 images 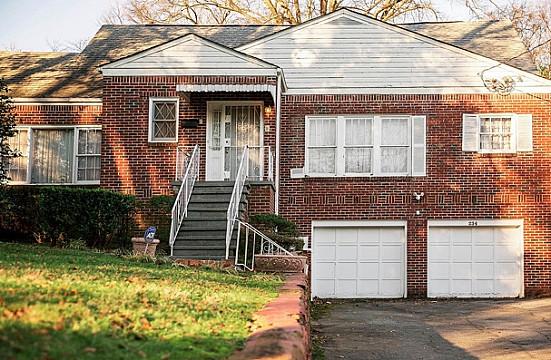 The Kings initially rented the property before buying it in 1966 for $40,000. MLK placed it in his wife's name which their daughter, Bernice, explained for The Atlanta Journal-Constitution: "My father really struggled with the whole notion of owning anything... My mother convinced him". In the year after MLK was assassinated, Coretta founded the King Center for Nonviolent Social Change which remains a non-governmental, not-for-profit organization and was run by her from the basement on Sunset Avenue.

By the late 1980s, Coretta stated in her autobiography: "my house, the one I raised my children in, was now in a drug-infested part of the city, an area none of my critics would dare walk in, let alone live in". She was broken into twice and in 1992 one of the intruders (Lyndon Fitzgerald Pace) was convicted not only of ten counts of burglary, but was also found guilty of four murders, four rapes, and one attempted rape. Coretta remained in her home until 2004 when she downsized to a condo. Nonetheless, the family held onto their home and continued to use the house as an office for the King Center.

In January, 2019, the National Park Foundation purchased the house from the estate of MLK's late wife, Coretta Scott King, for $400,000. This was just months after the Park Foundation had also acquired MLK's birth home at 501 Auburn Avenue. Will Shafroth, President of the National Park Foundation, announced: “African American history is U.S. history, and the family home of Dr. Martin Luther King Jr. and Mrs. Coretta Scott King is a touchstone for us all to better understand our shared heritage... with greater access to Dr. King’s life and legacy, we can learn more about this country’s past and how his work continues to echo through time”. It will be open to the public from 2020.

A Testament of Hope: The Essential Writings and Speeches By Martin Luther King Jr. Edited by James M. Washington

Atlanta and the Civil Rights Movement: 1944-1968 By Karcheik Sims-Alvarado, PhD

The Autobiography of Martin Luther King, Jr. By Clayborne Carson

The Sword and the Shield: The Revolutionary Lives of Malcolm X and Martin Luther King Jr. By Peniel E. Joseph