Built 1927, for the recently widowed Mrs Emma (Lee) Christie (1875-1954), who up until then had lived at the Christie Mansion built by her father-in-law, the largest manufacturer of biscuits in Canada. Emma's new home - listed as one of Toronto's Heritage Properties - was designed by John McIntosh Lyle (1872-1945) who then had the reputation of being Canada's most renowned architect of the fashionable Beaux-Arts style. The white stucco, shuttered mansion is built in the style of a Norman chateau.
zoom_in 2 images 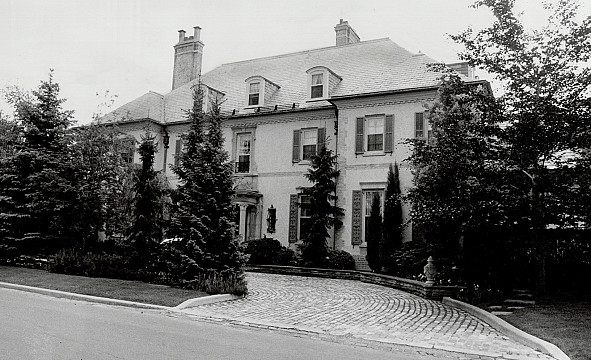 In 1963, "the Christie Home," as it was still known, was purchased as a wedding present for media mogul Ted Rogers (1933-2008) and his wife Loretta, by her parents Lord and Lady Martonmere. Mrs Rogers continues to live there. The house has an indoor pool and is set in landscaped gardens with a tennis court.