Completed in 1845, it was remodelled by Graf Wilhelm von Redern (1842-1909) in 1882 to the designs of Ferdinand Schorbach. The castle was inherited by his eldest daughter, Victoria (1889-1981), who married Prince Ernst Manderup zu Lynar (1875-1934), whose mother was the American heiress Amelia Parsons. In 1945, the Soviet army moved towards the castle and Victoria knew its days were numbered. Before making their escape, she and her son, Alexander, filled thirteen wooden crates with their family silver and Meissen porcelain. Alexander was ill with hepatitis which had prevented his conscription into the German Navy, but nonetheless he was sent into the woods with the servants in a horse-drawn cart and buried the treasure in two separate holes. He made a map to remember the location which he carried in his wallet until 1996. That year, he retuned to the spot and found the treasure aged but undamaged just where he had left half a century before. It was valued at $230,000 and sold at Sotherbys, London. The castle on the other hand was not so lucky. It was requisitioned by the Soviets before being torched.
zoom_in 3 images 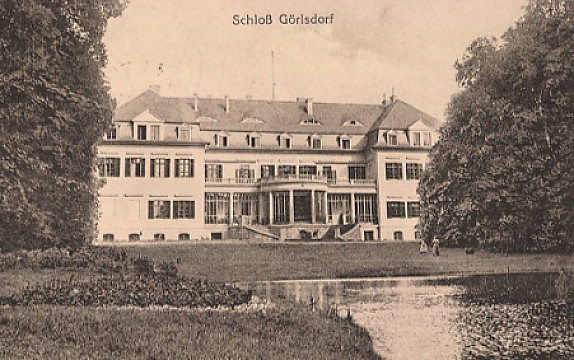