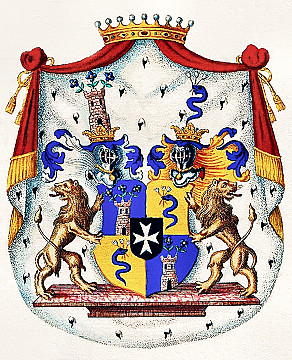 He was predominantly brought up in Germany. He served for several years as an Officer in the German Army and was an observer of the war between Japan and Russia (1904-1905). When World War I was declared, he resigned his commission and became an American citizen by virtue of his mother, Amelia Parsons. In the meantime, his mother's American assets of $1.5 million were seized by the U.S. government and he and his siblings were unsuccessful in their attempts to reclaim it. It was at this time that they severed their ties with America. Ernst had married the heiress to Castle Gorlsdorf in Brandenburg where he remained for the rest of his life.