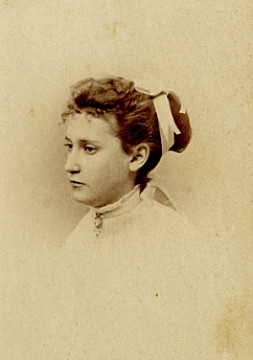 She was familiarly known as "May" and came from one of Ohio's best families. She was a grand-daughter of Gustavus Swan, the Associate Justice of the Supreme Court of Ohio who was five times elected to Ohio’s House of Representatives; and, her father grew his inheritance to become Ohio's first millionaire. She was a first cousin on her mother's side of Sarah Swan Whiting whose brief marriage to Oliver Belmont (second husband of Alva Vanderbilt) is explained in the history of Belcourt. Amelia's other notable relations included her nieces, Lady Innes-Ker and the Countess of Ancaster. Her childhood home in Columbus, Parsons Place, was a landmark for many years.

Amelia went to Europe when she was barely twenty, accompanying her elder sister Elizabeth. Her mother had insisted it was for the benefit of their health, but few believed that story! It was at the Court of Napoleon III in Paris where both she and her sister would meet their husbands. Elizabeth's "beau" was an untitled but wealthy Englishman, Jasper Milner-Gibson. Amelia fell in love with the Prussian Prince Alexander zu Lynar of Darmstadt, sixteen years her senior. At that time, the Prince's name was in the mix as one of those to potentially succeed Baron Schlossen as German Minister to Washington.

In July, 1870, before he had a chance to propose to Amelia, Prussia declared war on France and the Prince was obliged to take up arms for the Fatherland. Throughout the seven-month war, he carried on his person a picture of Amelia. As peace loomed towards the end of 1870, the elderly German Emperor was looking through Alexander's photograph album when he saw a picture of Amelia and asked who she was. Alexander replied: "That is the lady I love. If I live through this war I intend to make her my wife". He kept his word.

They were a love match, but the era being what it was, money could not be overlooked. The Prince required a dowry of $50,000 (roughly $1 million today) which May's father thought ridiculous even though she stood to gain $60,000 when he died - a relatively safe bet considering his advanced years. While the businessman was still grumbling, his socially ambitious wife wasted no time quibbling and paid the Prince with her own funds

There was talk of having the wedding in Prussia, but May's father insisted that it must take place in Columbus. Not being averse to a bit of PR, prior to the wedding the Prince  attended a peace celebration in Columbus' South End (then known as German Village) to mark the end of the Franco-Prussian War and planted the "Peace Oak" at Schiller Park.

They were married on May 16, 1871, at Trinity Episcopal Church, Columbus. The bride wore a dress of, "corded silk with a moderate train, a long overskirt looped with orange blossoms, a long tulle veil, and a necklace of diamonds and pearls". Throngs of excited well-wishers and curious onlookers swarmed the church for a glimpse of the Royal couple, but though the Press had been quick to sneer at the expense of their clothing, the occasion itself was actually rather staid and nothing like some of the more famous American/ European weddings. The church was not decorated and the reception was held back at May's childhood home for just close family and the Prussian Diplomatic Legation.

Despite the simplicity of the day and their very ordinary honeymoon to Niagara Falls, certain members of the Press could not help but make snide remarks about the Prince's dyed moustache mixed with derogatory references to his Italian ancestry. An editorial in Cleveland went as far to suggest: “Couldn’t Miss May have done just as well nearer home? The Prince will pardon us for saying that to us he seemed inferior looking"!

After their honeymoon the couple returned to Germany. By way of marking his approval, the Emperor bestowed a further title on the Prince and Princess, allowing them to be addressed as their "Serene Highnesses". Despite their differences in age and nationality, and the thinly veiled vitriol of the Ohio Press, according to May and Alexander's descendants they enjoyed, "a very warm, friendly marriage" until the Prince died in 1886. Amelia continued to live in Germany and died in 1920 at her home "Lindenau" at Gorlitz.

During World War I, the U.S. government seized May's American assets (then valued at $1.5 million) as she was resident in Germany and therefore considered "the enemy". In 1921, some fourteen months after her death in Berlin, her three children filed a suit in the U.S. Supreme Court against Secretary of the Treasury Andrew Mellon and the Allen Property Custodians to reclaim their mother's fortune on the grounds that the money was of American origin (inherited from May's father and grandfather). They were unsuccessful, and all three children severed their ties with America, including the eldest, Ernst, who had quit the German Army at the start of the war to be an American.

Amelia's grandson, Count Alexander zu Lynar Redern was sixteen in 1945 when the Soviet army approached the family estate, Schloss Görlsdorf, in what would become Communist East Germany. The castle was burned but the Count had the foresight to bury the family heirlooms. He carried the map in his wallet until 1996, when he was able to return. Much to his surprise, he found all the silver and porcelain still there, all in tact. 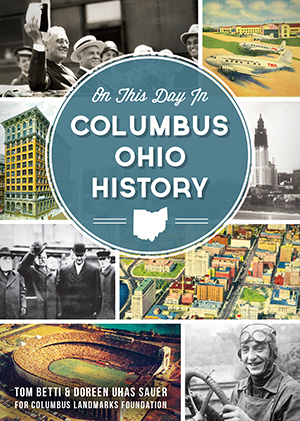 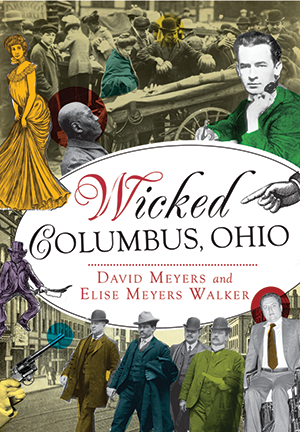