Completed in 1887 and opened in 1891, the Law Courts were designed in partnership by the architects Sir Aston Webb (1849-1930) and Ingress Bell (1837-1914). The foundation stone was laid by Queen Victoria in 1887, the year of her Golden Jubilee. In the great hall, the chandeliers were designed as replicas of her coronation crown and were the first of chandeliers in England, outside of London, to be powered by electricity. Although faced in deep red terracotta from North Wales, the facade bears several similarities to the mansion designed by Webb's assistant architect, Alexander Mackintosh, at 867 Madison Avenue in New York, which is today the flagship store of Ralph Lauren. The law courts continue in their original purpose to this day.
zoom_in 1 images 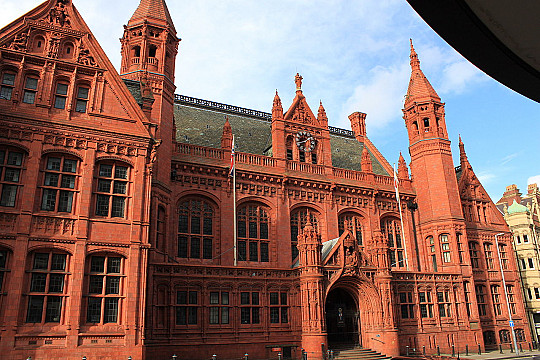