Built circa 1840, for Archibald Russell (1811-1871) and his wife Helen Rutherfurd Watts (1815-1906). The Russells both came from old, independently wealthy families and while Mr Russell invested in several businesses, he dedicated his time and fortune to bettering the lives of the poor both here and in New York City. Having purchased this estate in 1840, he built the church here and became the founding President of the Ulster Savings Bank, "a savings institution for the poor in Ulster County"....
zoom_in 1 images 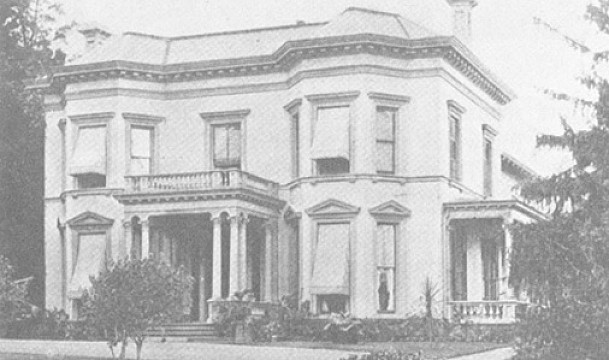 In 1851, they sold the 60-acre estate to John Jacob Astor III who carried out extensive renovations to the house and named it "Waldorf" for the town in Germany where his grandfather was born. Standing on the edge of the water just below Esopus Island on the west side of the river, Astor's new country home was directly opposite what is now the Vanderbilt Mansion at Hyde Park which from 1852 was the country home of his first cousin and close contemporary, Walter Langdon Jr. Astor and his family remained at Waldorf until 1884 when he sold it to the German-born maltster Adam Neidlinger, swapping it for Nuits at Irvington-on-Hudson which he bought the following year. In 1909, Neidlinger's heirs sold up to an agent acting on behalf of Colonel Oliver Hazard Payne who knocked it down and built Omega in its place, which still stands today.