Built in 1887, for W. Bayard Cutting (1850-1912) and his wife, Olivia Peyton Murray (1855-1949). Two years previously, Bayard and his brother, Fulton, bought the 931-acre estate on the South Shore of Long Island from tobacco heir and racing enthusiast, George Lyndes Lorillard. Fulton took up in Lorillard's old house and Bayard commissioned Charles C. Haight (1841-1917) to design his new home on his half....
zoom_in 17 images 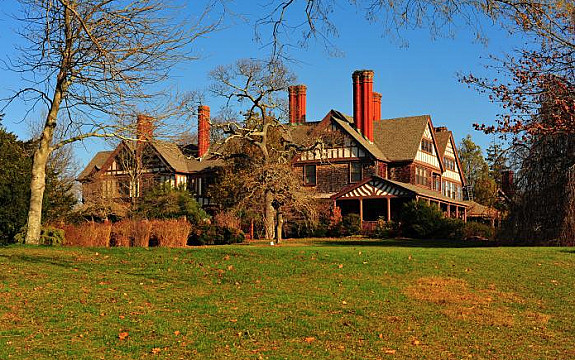 Completed in the Tudor-Revival style, it contains 68-rooms, stained glass-windows and exquisitely carved fireplaces salvaged along with the paneling in the main hall from old English houses. Westbrook was particularly notable for the Scottish heather with which the gatehouse was thatched - literally imported from Scotland; and, in 1895 the Cutting brothers laid out what is said to be the first private golf course in America - though Fairlawn in Lake Forest has a pretty good claim too. The beautiful grounds were landscaped by none other than Frederick Law Olmsted and the views from the house overlook the Connetquot River from across the lawns. Bayard and Olivia divided their time between here and their brownstone in New York at 24 East 72nd Street. After Bayard died, his widow lived here quietly with her divorced youngest daughter, Mrs James. In 1936, they gave 200-acres to create an Arboretum and in 1952 Mrs James gifted the whole park with a $1 million endowment to establish the Bayard Cutting Arboretum State Park, as it remains today with the house acting as a restaurant, gift shop, self-guided museum and offices. 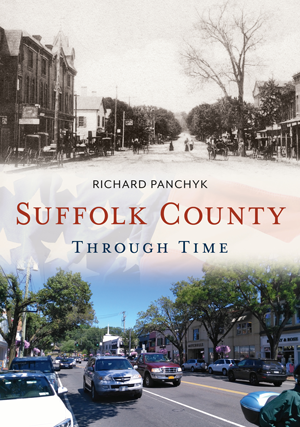