Completed in 1895, for the widowed Mrs Ruth Arabella (Loney) Brown (1853-1927), mother of the first American racing-car champion, David Bruce-Brown (1887-1912), winner of the American Grand Prix in 1910 and 1911. On its completion, rather than move in, Mrs Brown sold her house to the freshly divorced leader of Gilded Age society, Mrs Alva Vanderbilt and it was here in 1895 that her daughter, Consuelo, was famously - famously unhappily - married to the British Duke of Marlborough, a first cousin of the half-American British Prime Minster, Sir Winston Churchill. It was knocked down in 1951 and replaced with a bland structure that Ralph Lauren replaced in 2010 with 888 Madison Avenue, his flagship store built in the style of a Beaux-Arts mansion....
zoom_in 2 images

On Madison Avenue, on the south west corner of 72nd Street, this substantial five-story McKim, Mead & White designed brownstone was commissioned in 1894 for Mrs Ruth Arabella (Loney) Brown (1853-1927). Classically built with mottled brick and a formal air of "Boston sobriety," it stood on a lot 48-feet wide with a depth of 100-feet.

Ruth was the widow of the independently wealthy George Bruce Brown (1844-1892). His mother was a first cousin of Catharine Lorillard Wolfe (1828-1887), the hugely wealthy heiress and patron of the arts who famously resisted all attempts of marriage and at Newport built the vast Viking-inspired mansion that she named Vinland.

In March, 1895, Mrs Alva Vanderbilt rocked high society to its core when she divorced her husband, William Kissam Vanderbilt (1849-1920). She received $10 million and real estate that included Marble House. However, to her great surprise, society turned its back on her and she had to decamp from her showpiece home on Fifth Avenue, Petit Chateau.

Mrs Brown either performed a favor or spotted an opportunity when she sold her newly completed brownstone to Alva for $250k. Highlighting the fickle nature of Gilded Age society, only weeks after being snubbed, Alva was suddenly everyones best friend again when she presented the Duke of Marlborough at Marble House that summer; and, a marriage was promptly arranged between the penniless aristocrat and Alva's only daughter, Consuelo.

That November, 1895, the young, unhappy pair were married and the reception was held at Alva's brownstone. She gave a brunch for 115 guests having had the house decorated by William Tiffany & R. W. Cottenent. The oval bridal table bristled with lilies of the valley and white orchids and was set for eighteen guests in the dining room (see image 2).

Less than a year after her divorce, Alva was married again in January, 1896. Her second husband was the equally pompous Oliver Hazard Perry Belmont (1858-1908) who'd been living for the last few years in his 52-room bachelor pad, Belcourt, that he shared with his beloved horses! By 1899, they had purchased another house at 677 Fifth Avenue and at about the same time Alva sold this one to William Bayard Cutting (1850-1912) for $300k.

William was a descendant of all the big, old New York families such as the Livingstons, Schuylers, Bayards and Van Cortlandts. He trained as a lawyer but became well-known as a savvy entrepreneur who also championed the causes of the poor. He and his wife, Olivia, divided their time between here and their estate on Long Island, Westbrook, on which Cutting laid out the first private golf course in the U.S., though the estate is better known today as the the "Bayard Cutting Arboretum". They had four very talented children.

Cutting died in 1912, but his wife, Olivia, continued to occupy the house right up until her death in 1949 at the age of 94. By then, the house was one of the last of the Gilded Age mansions on Madison Avenue to have been maintained as a private residences. Two years after Mrs Cutting died, the mansion was razed to the ground and replaced by a run-of-the-mill two-story block designed by Boak & Raad. In 2010, Ralph Lauren it and brought back a touch of the Gilded Age to the area by erecting 888 Madison Avenue, the design of which paid some small homage to Ruth Brown's classic brownstone. 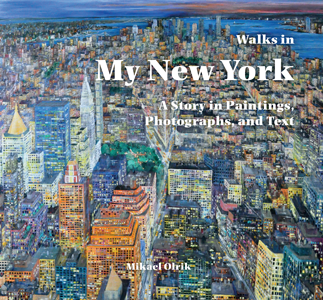 Walks in My New York: A Story in Paintings, Photographs, and Text By Mikael Olrik, Translated by Eva Hage and Myrna Treston 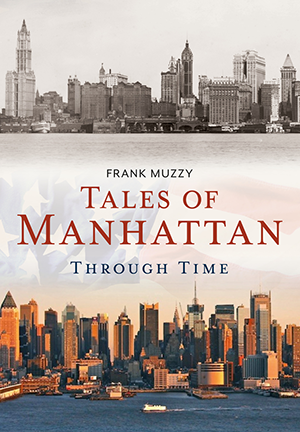