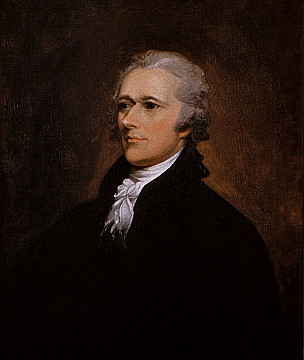 He is arguably the most celebrated of the US Founding Fathers, who has recently been thrown into the spotlight again following the success of the hit Broadway musical, Hamilton. He rose to prominence during the Revolution as chief aide-de-camp to George Washington (1732-1799) and today is easily recognised as the man whose face appears on the $10 bill. Among his achievements, he created the new nation's financial system, was 1st U.S. Secretary of the Treasury and is credited as a founder of the U.S. Coast Guard, the Bank of New York, the New York Post & the now defunct Federalist Party. He was infamously killed in a duel with Vice President Aaron Burr (1756-1836).

The Duel: The Parallel Lives of Alexander Hamilton and Aaron Burr By Judith St. George