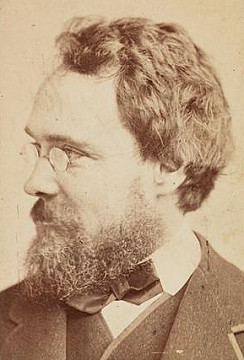 He was born in London and educated at the Merchant Taylors' School in Rickmansworth, but left at age fourteen to serve an apprenticeship under Lewis Nockalls Cottingham, the noted architect who pioneered the study of Medieval Gothic architecture. He continued to work for Cottingham until 1850 when he was invited to come to New York by Andrew Jackson Downing and they worked on projects such as the grounds for the White House and the Smithsonian Institution in Washington, D.C. Their partnership and friendship ended prematurely when Downing drowned in a steamboat accident just two years later. He continued the firm with Frederick Clarke Withers concentrating on private commissions in and around Newburgh in New York's Hudson Valley. He was a founding member of the American Institute of Architects (1857), publishing Villas and Cottages in the same year. In 1857, he hired Frederick Law Olmsted, his protégé with whom he would go on to design New York's Central Park.

After the success of Central Park, they formed Vaux, Olmsted & Co., and went on to design several other parks in both the U.S. and Canada. They dissolved the partnership in 1872 and Vaux collaborated with Frederic Edwin Church for the design of Olana as well as finishing several other major public and private buildings in New York and Maryland. In 1895, he drowned accidentally at Brooklyn while visiting his son. In 1854, he married Mary, sister of the landscape painter Jervis McEntee and they had two sons and three daughters. They lived at the Stuyvesant Apartments at 142 East 18th Street, New York City.