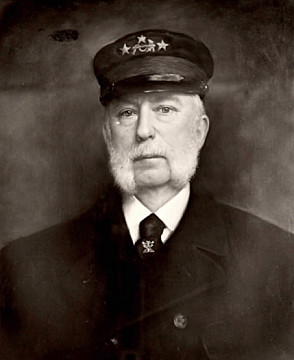 He was born at 26 Broadway, New York City, and named for his grandfather, the 5th U.S. Vice-President Elbridge Gerry. The 'Gerry' name is pronounced with a hard 'G' like Richard 'Gere'. He was a first cousin of Ogden and Robert Goelet and in addition to real estate inherited $500,000 in 1879 from their unmarried uncle, Peter Goelet. He graduated from Columbia College and was called to the Bar in 1860. For the next four years he practised with the 'unequalled' William Curtis Noyes before becoming a partner in firm of Allen, Abbott & Gerry. He was counsel to the Society for the Prevention of Cruelty to Animals, a trustee of the New York Life Insurance Company, and he also helped manage his family's considerable real estate portfolio.

In 1874, he took up the case for Mary Ellen McCormack, a ten year old girl who had been abused by her foster parents - the first documented case of child abuse in the United States. He successfully battled her case all the way to the Supreme Court of New York and the experience inspired him to use his fortune and influence to found (1875) the New York Society for the Prevention of Cruelty to Children (SPCC). It was one of the first child protection societies in the country and Gerry helped pass numerous laws to protect children. He was President of the SPCC (1879 to 1901) and its legal advisor until his death.

He was a passionate yachtsman and the owner of the Electra that was in commission three months of the year and "the entertaining was constant". He served as Commodore of the New York Yacht Club from 1886 to 1892 - a title that stuck with him. He lived between his immense chateau in New York at 2 East 61st Street on the south east corner of Fifth Avenue; the Lake House on his Lake Delaware estate in the Catskills; and, Seaverge in Newport, Rhode Island. In 1867, he married Louisa, daughter of Robert James Livingston and grand-daughter of Garrit Storm, a diarist and one of New York's earliest millionaires. They were the parents of six children, four of whom survived to adulthood. When Gerry died he reputedly left a $26-million fortune principally tied up in real estate accumulated over time from the Goelet, Livingston, Walton and Beekman families.