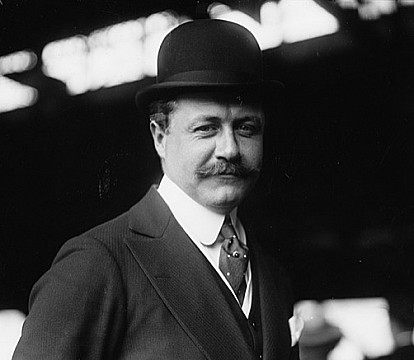 He was born at 5 State Street, New York City, and graduated from Columbia College (1860). He was admitted to the bar of New York and practised in the firm of DeWitt, Lockman & Kip, of which two of the senior partners (George Goelet Kip and George Gosman DeWitt) were his cousins. He retired in 1879, when he and his brother, Ogden, inherited the Goelet family real estate empire of 259-houses in Manhattan worth some $80 million by the time he died in 1899 - second in size only to the Astors. Between the two brothers, it was Robert who was credited as, "an uncommonly sagacious business-man". This made him a valuable addition to several boards including: the Union Trust Company; the New York Life Insurance & Trust Company; the Guaranty Trust Company; the Bank of New Amsterdam; and, the Chemical National Bank.

Robert Goelet was described as, "clear-headed and keen-witted... a loyal New Yorker... a man of progressive ideas (who) pursued a policy of improving his properties in a manner which would beautify the city". He was "exceedingly public-spirited" and was a great friend to, and one of the original stockholders of, the Metropolitan Opera House. Aside from music, he had a passion for trotting horses and paid $1 million for his 306-foot yacht, Nahma, built in Glasgow by G.L. Watson. He kept a mansion at 591 Fifth Avenue, a country estate at Tuxedo Park, and summered at Southside in Newport. He was, highly esteemed, and, "there was no trace of arrogance or selfish exclusiveness in his disposition". In 1879, he married Harriet Louise Warren, a great-granddaughter of one of New York's first five millionaires, Stephen Whitney. They had two children, of whom only their son, Bertie, lived to adulthood. He died on his yacht in the Bay of Naples, Italy.