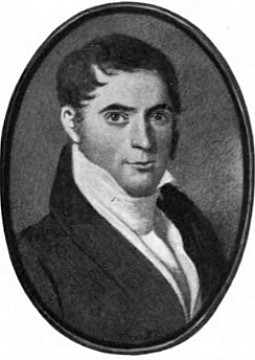 Born in Austria, he was sent to study Italian and Fine Arts in Turin, Italy (1803-1809). On returning home, he found Austria had been invaded by the French and to avoid conscription he escaped to Switzerland and then Paris to continue his education in painting. In 1817, he travelled to Philadelphia and then travelled through Mexico, Peru and Chile etc., where he painted the portrait of General Simon Boliver "The Liberator" among other notables. In 1837, he settled in Philadelphia and founded the merchant bank of Drexel & Co., which quickly became one of the largest banking concerns in the United States. After his death, the bank was continued under the leadership of his second son, Anthony, becoming Drexel, Morgan & Co., and is today known as J.P. Morgan.