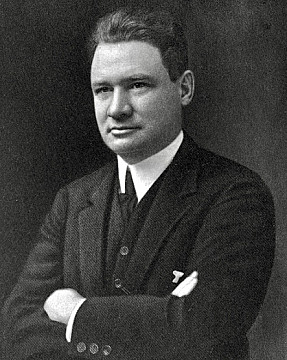 He was born in Newton, Massachusetts, the son of a wealthy industrialist. At Harvard, he was influenced by the composer John K. Paine and on graduating (1893) he won the highest honors in music. He continued his studies at the Royal Academy of Music in Munich, notably with Josef Rheinberger. Returning to America in 1899, he taught harmony at the New England Conservatory of Music before becoming a music instructor at Harvard. He resigned in 1907 to devote himself entirely to composition. His opera The Pipe of Desire was the first American work ever performed at the Metropolitan Opera in New York, but he is best remembered today for his symphonic poem The Mystic Trumpeter. In 1894, he married Emma Tudor from an old Brahmin family (though a sister of the "not-so-proper-Bostonian" Marie Tudor Garland) and a grand-daughter of the "Ice King," Frederic Tudor. They were the parents of six children, of whom five daughters survived to adulthood. Notable among them was Louise who married Junius Spencer Morgan III and was the chatelaine of Salutation on Long Island. Frederick and his family lived at his farm, "The Crossways" in Westwood, Massachusetts.