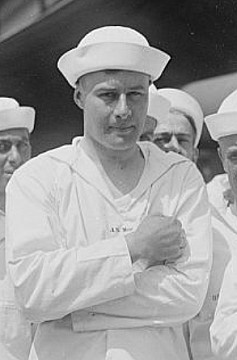 He was born in New York City, the grandson of "America's greatest banker," J.P. Morgan. He graduated from Harvard (1914) and worked for the family bank before taking leave to serve as a Lieutenant with the U.S. Naval Reserve. He reluctantly returned to his desk in 1919 and the following year was reported to have still made a luncheon appointment despite being showered with glass from the Wall Street Bomb. He was a Member of the New York Stock Exchange and held several directorships all connected with the family's principal banking concerns, but given the choice he'd have been a marine architect. In Ron Chernow's book, 'The House of Morgan' he quotes a colleague saying: "Junius was the nicest man you've ever known. But, he should have been in the Navy. He didn't know anything about banking and it was pitiful to watch him".

For nearly forty years, Junius was one of the leading yachtsman in the country and he followed in the footsteps of his father and grandfather when he was appointed Commodore of the New York Yacht Club in 1933. His knowledge of ship design was an asset to several America's Cup challengers and in 1930 was part of the syndicate that built Weetance that competed for the right to defend against Sir Thomas Lipton's Shamrock V, albeit unsuccessfully. During World War II, he resumed duty with the Naval Reserve and rose to the rank Captain while serving in the Office of Strategic Services (OSS).

In 1915, he married Louise, daughter of the celebrated composer Frederick S. Converse and a great-granddaughter of the "Ice King" Frederic Tudor. They were the parents of a son and two daughters. As a wedding present, his father built them Apple Trees at Matinecock on Long Island before Junius employed the same architect to build him Salutation on West Island which was his principal residence for thirty years. His house was full of marine memorabilia and his collection of nautical books. He was a trustee of the American Museum of Natural History (being chiefly interested in the Ocean Hall); the Frick Art Collection; Morgan Memorial Park; and, President and trustee of the J. Pierpont Morgan Library. He was a director of the Markle Foundation and belonged to the Brook, Harvard, Cedar Creek and Metropolitan clubs. He died while on a hunting trip in Ontario.