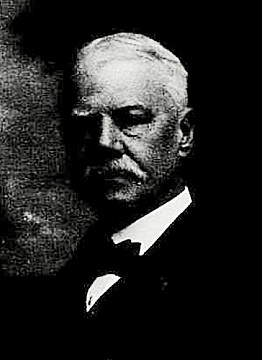 He was born in Salem, New Jersey, just before his parents moved to Des Moines, Iowa. After his mother died in 1860, his father moved them back east and Henry was taken into the hoe of his uncle, Anthony, in Morristown for his education. He went on to study Chemistry at the College of Philadelphia where he met fellow student Richard V. Mattison and their friendship would prove to be very rewarding.

As a gift to mark his graduation, he took a Mississippi riverboat to New Orleans only to be horrified by the poverty and malaria he found. Determining to do something, when he was back in Philadelphia he persuaded his old friend Richard V. Mattison to join him in an effort to perfect quinine compounds. He made a number of important discoveries, among them the perfection of a series of "bromo" compounds which coupled with Mattison's innate business sense quickly saw their fortunes grow. He then perfected a process for using asbestos for insulating pipes, the discovery of which proved revolutionary and made the partners millionaires. The firm of Keasbey & Mattison built the town of Ambler north of Philadelphia where Mattison's impressive Lindenwold Castle still stands. Keasbey wisely sold his 50% share of K&M just before the Crash of 1929 for $4 million.

In 1877, he married his first cousin, Anna Isabella Griffith Christy, and had four children. When she developed Tuberculosis, he sold out of his business partnership and moved to Europe. She died in 1897 at Menton, France. After her death, their eldest daughter became his companion and they travelled extensively in England and France before settling at Llanfair on Carlisle Road, Eastbourne. In 1960, she established the Henry Griffith Keasbey and Anna Griffith Keasbey Memorial Foundation to provide bursaries for British students and a smaller number of Americans in residence at the colleges of Oxford and Cambridge.