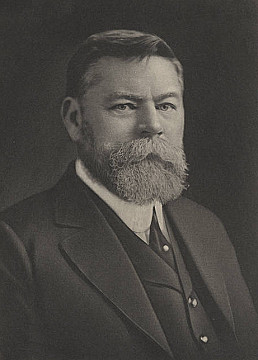 "Doc" Mattison was married twice: (1) In 1874, at Hightstown, New Jersey, he married Esther, daughter of James Dafter. They had 3-children but were survived by just one son. (2) In 1920, the year after the death of his first wife, he married one of her friends, Mrs Eleanor (Cottrell) Seger of Princeton, New Jersey. He lived between Lindenwold Castle at Ambler (the town he built) and Bushy Park (also called Beach Cliffe) in Newport.