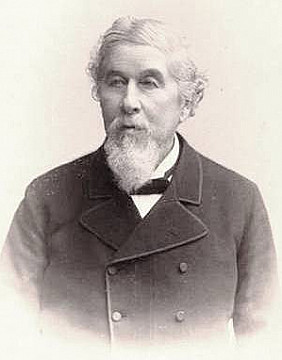 He was born at Hyde Park in Dutchess County, New York, which was named in 1705 by his ancestor, Pierre Fauconnier, when he was granted the 10,000-acre estate. The Bard family mansion stood precisely where the Vanderbilt Mansion stands today. Bard became President of the New York Life Insurance & Trust Company, founded by his father. In 1849, he married his wife, Margaret Taylor Johnston, whose father was a successful Scottish immigrant and the co-founder of New York University. Bard and his wife were both devout Christians and after purchasing the historic Blithewood estate they devoted themselves to education and founded St. Stephen's College which eventually became today's Bard College. After the death of their only son in 1868, the Bards and their three daughters moved to Europe, though they always remained closely involved with the welfare of the college they founded. Mrs Bard died at Rome in 1875. John then proceeded to live at Chichester in England and then Dresden in Germany. While in England in 1886, he married his second wife, Annie Belcher of Brighton. He finally returned to America in 1895, living at 2034 O Street in Washington, D.C.