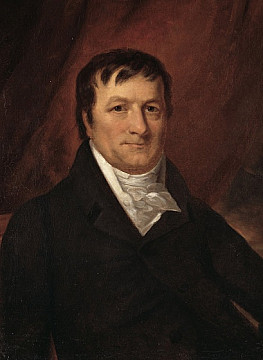 On coming to America from Germany, Astor established himself as a fur trader. He made a fortune trading on both coasts, dealing in furs as well as opium with the Chinese. On retiring from life in the wilds of "Indian Country" he came to New York. He took a townhouse in the city and built the Astor Mansion at Hellgate, being careful not to appear overly showy to his more refined, yet poorer neighbors. He then turned his hand to real estate, correctly predicting Manhattan's direction of growth. He bought up land on the cheap that would later stretch from Broadway to Times Square and beyond. Between 1823 and 1825, he lived at the historic Villa Le Saugy on Lake Geneva in Switzerland. On his death, he was the largest landowner in New York City and his assets were valued at about $25 million (roughly $140 billion today), at a time when 'millionaire' was a new and rarely used term. Towards the end of his life he was asked about his wealth and left a pearl of wisdom: "a man who has $1 million is as well off as if he were rich".