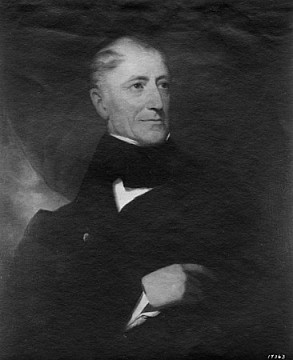 He was born and grew up at Teviotdale, Columbia County, New York. On July 10th, 1799, he married his cousin, Margaret Maria Livingston, the younger of the two daughters and co-heiresses of Chancellor Robert R. Livingston of Clermont. Robert L. was private secretary to his father-in-law in France from 1801 to 1803. In preparation for making a home for his family he bought The Hermitage but on returning to New York the Chancellor asked him and Margaret to live with him at Arryl House next door to Clermont. On moving, Robert sold The Hermitage in 1804. Robert and Margaret were the parents of 9-children, eight of whom (listed above) survived infancy.