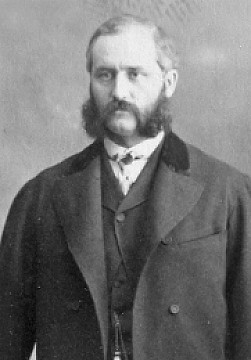 He was born at Spring Farm, Moylinny, Co. Antrim, where his family had owned bleach-greens and linen mills for several generations but his father, Joseph Reford, lost the lot in a game of cards in 1823. Robert's father found work as an apprentice to a cabinetmaker in Belfast but was dead by 1834. After completing his education at the Royal Belfast Academical Institution, Robert, his mother and his four siblings sailed to Toronto to make a fresh start, only a matter of months before the ravages of the Irish Potato Famine came into effect. In 1852, he established a wholesale grocery business but sold out in 1866 to found the shipping agency Robert Reford & Co., and moved to Montreal. The firm represented several steamship lines operating out of London, Newcastle, Glasgow, Antwerp, and a number of Mediterranean ports.

He invested in steamships, lumber and real estate before expanding into manufacturing and importing. Founding what became Mount Royal Rice Mills Ltd., he soon controlled the milling and sales of most of the rice in Canada. When the Donaldson Line branched into transporting immigrants, passenger bookings became an important part of Reford's business and from 1911, the firm became the Canadian agent for the Cunard Line.

His first wife, Margaret, was the daughter of Andrew Taylor McCord, another native of County Antrim who was Chamberlain of the Corporation of the City of Toronto. They were married in 1862, but she died the following year during childbirth, without children. In 1866, he was married in Scotland to Katherine, daughter of Andrew Drummond, of J & A Drummond, Drapers and Manufacturers of Clan Tartan, who lived at Tredinnock House, 5 Park Terrace, Stirling. Katherine was a first cousin of Sir David Drummond, C.B.E., President of the British Medical Association. Robert and Katherine were the parents of six children, five of whom survived infancy. In 1879, Reford bought 260 Drummond Street, the former home of David Torrance, President of the Bank of Montreal, to which he later added a mansard roof. They kept a summer estate at Grand-Métis and their daughter-in-law, Elsie Reford, created Les Jardins de Métis - still run by their descendants today.