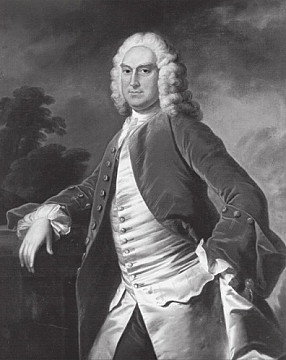 He was born at Berwick-upon-Tweed in Northumberland where his father was the Recorder and Member of Parliament. His grandfather, Nicholas Ogle of Bowsden, was the brother of Henry of Eglingham Hall, Northumberland, where the Ogles had been seated since 1514, and prior to that at Berwick Castle. Samuel was Captain of a Regiment of Cavalry before the 5th Baron Baltimore appointed him Governor of Maryland in 1731. His governorship was marked by the Cresap's War, a border dispute with Pennsylvania that saw him resign twice more before being re-appointed each time.

He kept a townhouse in London off Savile Row and leased Ogle Hall in Annapolis. In 1740, he instructed his brother-in-law to build him Belair Mansion. When he returned to Maryland in 1747 he came with two famous English racehorses (Queen Mab and Spark, gifts from Lord Baltimore) and is credited with introducing thoroughbred racing to America. Belair is the country's oldest estate where thoroughbreds have been bred continuously for over 250 years. Samuel Ogle died in office at which time he was also a Lieutenant-General in the British Army. He was survived by his wife, Anne Tasker, and three children (Benjamin, Mrs Ridout and Mrs Anderson), two others having died young.