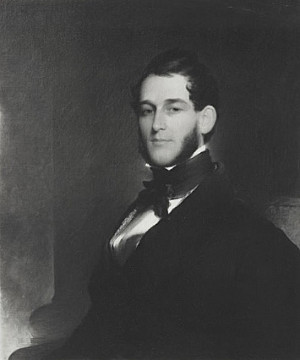 He was born at New Bedford, Massachusetts. His younger brother, Franklin, married Laura Astor and lived at Steen Valetje. In 1833, Warren joined the mercantile firm of Russell & Co., who had pioneered the American trade with Canton in China, dealing principally in opium but also silk and tea. By 1843, he was a Senior Partner and the Chief of Operations of Russell & Company at Canton, and having made a fortune built Algonac in the Hudson Valley, retiring there in 1852. He invested much of his money into real estate and co-founded the town of Delano, Pennsylvania. His fortune was badly affected in the Panic of 1857 which necessitated his return to trade in China. In 1860, he established himself at Hong Kong and during the U.S. Civil War he shipped opium to the States for medical use by the Union Army. Having remade his fortune, he left $2 million at his death in 1898. He was married in 1843 and had eleven children including Mrs Sara Roosevelt, mother of President Franklin Delano Roosevelt.